Funding from the budget

Computers in Homes received some funding in the latest budget. At our May meeting, the National CIH Coordinating Group were guests at a function for Bill English, deputy Prime Minister, who told us that we had Tariana Turia to thank for the money we did get. He said that she sat in his office and glowered at him till he put us in the budget. It looks like we will have funding for 1000 families a year for the next three years, over the whole of NZ. We need to think about our role in this. Laurence sent an email after he had meetings with DIA. Some of the salient points are as follows:
It looks like the Taranaki E-Learning Trust may have parts of King Country and National Park area.


Given that there are thousands of families in the South Island, South Auckland, Wellington, Manawatu, Horowhenua, and Waikato who have not been served (apart from funding 2020 has received for Di to manage in those areas) I think that we should not expect to be assigned a large number of families.

Posted by neraKaren at 3:44 PM No comments:

On Tuesday the 27th of July tutor Karen Cave had a class full of new students. To fit these classes in before the term ends Karen and Coordinator Christina Turner have had to rearrange the lesson plans from a series of 10 into a series of 8. To date 4 of the 8 classes have been completed, and most of the time things are running smoothly.

Photographs are taken of the students and then emailed to them so they can have practice downloading and saving their images and then creating an email and attaching the photograph.
Pictured below are some of Karen's students.

Classes have also started at the Hawera CTC with tutor Lisa Tangaroa. 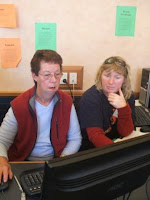 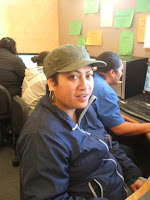 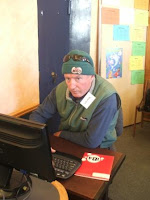 Posted by neraKaren at 3:33 PM No comments:

COMPUTER in Homes Taranaki had its biggest ever graduation ceremony on Monday the 28th June, with 62 students from all over South Taranaki graduating.
The event, held in the Eltham Town Hall, was well attended by  graduates, their family and friends, several  Community Board members, Mayor Ross Dunlop,  local MP Chester Burrows and national co-ordinator Di Das. Performances were made by the local Te Kura Kaupapa Maori O Ngati Ruanui school. 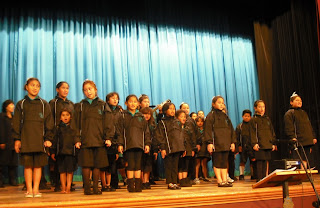 “We had no idea just how well this programme was going to be received” Said Di Das, National coordinator of Computer in Homes.  “South Taranaki is one of the most successful programmes, as we see students not only help their children in the home, but go on to seek more education and even better job opportunities for themselves”
MP Chester Burrows admitted that he remembers when he was first learning, how frustrated and he felt when first using new technology so he has a lot of admiration for the graduates and what they have achieved.
Eltham’s had its first intake of 15 families graduating in March, 2005.  “We have seen this grow from just a small group of dedicated people  to what it is today and we will see it grow even  more” said Di Das. 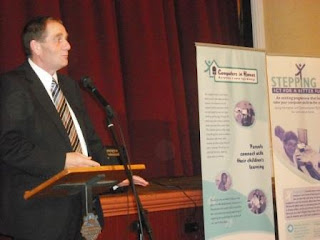 Below: students and tutors line up for photos :) 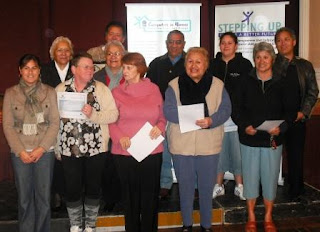 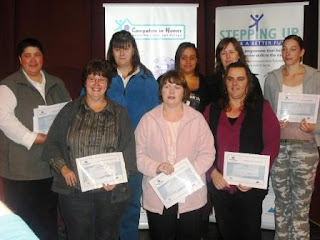 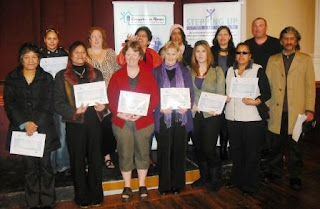 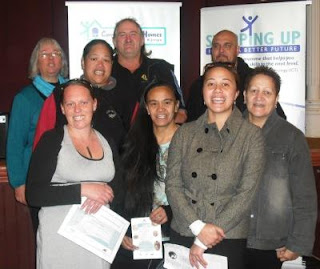 Posted by neraKaren at 2:39 AM No comments: